When you have multiple domains under the same Office 365 admin account, e.g. domain1.com, domain2.com, etc., you can’t directly create these emails:

Which would give this error when you try to create emails by the same name already used by another domain:

Now you can have a little circumvention to get around this by first creating the email with a unique local name and then creating an email alias to use the name you want.

Do as the following:

Windows 7 is a beast in consuming hard drive disk spaces, especially the system drive, C, which is constantly being filled up. After a while it will keep annoying you with low disk space warnings because C drive is running out of space and almost full. So how can I safely free up all the disk spaces in C drive in Windows 7 and reduce its disk storage?

The methodology is to find the fattest folders in C drive, move as many of them to another drive (such as D, E, etc.) as possible, and make symbolic links (by mklink) from C drive to the folders in other drives.

Step 1 – Find culprit folders that occupy the most disk space!

There are so many ways to do this but what I did was to look at the size stats for each of the major folders in my C drive. After 10 minutes, I was able to pinpoint these folders that are consuming large chunks of the disk volume:

This is just my case. You may as well find totally different folders that need to be moved. After you have found something, proceed to step 2 to duplicate them elsewhere.

Step 2 – Copy these folders to another drive that is much more spacious!

After the duplications, proceed to step 3.

Now we need to delete the original folders in drive C. Some files and folders in Windows 7 are owned by TrustedInstaller while some by SYSTEM that cannot be easily deleted by Administrator. To delete them, you have to acquire SYSTEM privileges to do this, because the most privileged account in a Windows 7 computer is SYSTEM, not Administrator.

To do this, just create a file named syscmd.bat and put in the following commands:

Double click to run the file syscmd.bat and you will be prompted by a dialog with 2 buttons, click the top one to view the interactive message.

And you will enter a command line interactive mode with SYSTEM privileges which basically grant you full rights to the computer – you can do whatever you want now.

Run these commands one by one – line by line, you type in the command and hit enter:

Now that the original folders are deleted, we’ll make symbolic links in the same name so that any requests for these folders are correctly diverted to those on the D drive:

After these 3 steps, my C drive is successfully reduced in size by 5.4GB. I can move more folders to further enlarge / extend the free space but for now, it’s good enough for me.

Feel free to leave any comment about how you are doing with this approach. 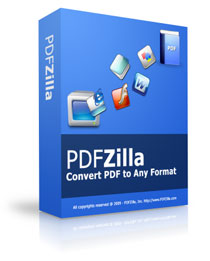 One of my friends has created a very useful piece of software to do PDF to Word conversions. I find his product a breeze to use so I’m recommending it to my fellow readers. Hopefully it would be of some use to you guys.

Differences between PDF and Word

PDF (.pdf) and MS Word (.docx, .doc) are probably two of the most popular digital file formats for readable documents that are intended for humans. The major difference between the two is that MS Word can be easily edited while PDF is a finalized container of postscript data that are essentially non-editable vector information. Although you can read text in a PDF document, they are actually vector graphics rather than plain text such as those in a MS Word document.

This difference explains why people would want to convert a PDF document to a Word one as they can then make changes to the content and make further use of it. A lot of online tools and desktop applications exist for this purpose, such as PDFZilla, which provides easy procedures to imitate an OCR process to scan and analyze the supplied PDF document and convert it into high quality editable Word, in just 3 clicks. A batch mode is also available for people who want to convert a large number of PDF documents.

How to convert PDF to Word?

This is as simple as 3 clicks. Here are the steps:

Okay, that’s like 8 clicks, but you got have some clicks…😉

Lots of my readers are webmasters, so I’m also thinking this might be a good chance to earn some bucks by promoting this software as it’s rather generous of my friend’s offer – 75% affiliate commission. It’s very rare to come by a product of such usability yet of such high commission rate. Definitely much better than those ClickBank hit and run. Think about it.

Find the best posts on Kavoir.