What is HTTP in all the web site URLs / web page addresses you see everywhere online?

HTTP Explained: Just like people communicate with each other following certain protocols, HTTP is the protocol between the client (your computer using web browsers) and the server (web server serving web pages and similar online resources).

So what does HTTP stand for?

HTTP stands for HyperText Transfer Protocol. It’s what browsers and web servers rely on for exchanging data so that you can surf the web, browse web pages, search Google, download pictures, and viewing YouTube. Developed by W3C and IETF in the last few years of the last century, it’s part of a bigger protocol family created to support the whole Internet, called TCP/IP. As a subset, HTTP’s responsibility is the World Wide Web or WWW.

By HTTP definition and usage, it’s fundamentally an information exchanging procedure standard between 2 communicating parties or computers, such as the client and the server. While you type a URL address in the web browser, the browser will have to know the protocol to use when fetching the remote resource such as a web page or a picture at that address. Failing to do so, as we most of the time would do without the http:// part, the browser will assume HTTP by default and prepend it to the URL address.

What does HTTP mean in a web address URL?

A web address representing an access point on the web almost always start with http://, immediately followed by the web page address such as in this one:

This is the root web site address of Google. And browsing to it, the server located at the address would serve up the home page of Google. This is all beyond the meaning of HTTP however, what this basically means is that, a web address consists of 2 basic parts:

To understand HTTP and HTTP’s meaning, imagine your need to talk to someone. You will have to get his physical address and then you need to know the language he speaks (or any other possible routines you are expected to follow in order to talk to him instead of being rejected by him). And the role of language here is what the protocol of HTTP is playing in online addressing.

Why is HTTP important? 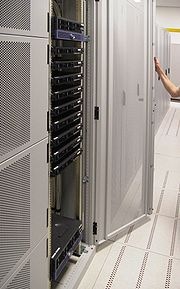 HTTP as a protocol is just part of a bigger protocol family that has been developed to make the whole Internet possible. Every second, billions of computers are communicating and exchanging data across the gigantic network, however, physically limited telecommunication facilities make it necessary to have rules.

Just like a huge metropolis with millions of cars. Wouldn’t it be a total mess should there be no traffic rules and regulations? It’s the same with the Internet. Without protocols like HTTP, it’d be a nightmare and all of this will be completely impossible.

That said, not only HTTP is indispensable for the Internet and WWW, but all other protocols are as important in Internet communications, albeit in less uses.

What is HTTPS and what does HTTPS stand for?

HTTPS stands for HyperText Transfer Protocol Secure and is a secure version of HTTP. It’s basically an encrypted HTTP channel that encrypts all the information being exchanged, making transferring of confidential information secure from eavesdropping.

Does HTTP have peers or sisters?

Definitely. And FTP is one of them. You may have seen URL addresses similar to this:

With a ftp:// preceding, browsers would know it’s the FTP protocol that it needs to initiate the download.

16 thoughts on “HTTP Explained: What Does HTTP Stand For, What is HTTP Meaning and HTTP’s Definition?”