Most of us are loss-averse. We worry too much about failing and losing. We spend too much valuable resources in identifying the wrong things to do so as to make sure we don’t do them.

We vigorously look for the right thing to do.

We believe business success is achieved by maintaining order of everything so that everything is under control. Otherwise we’d lose control and crash.

Is that really so?

After 10 years of entrepreneurship, the one thing I’m certain now is that this mindset is wrong.

To get great things done, one must be glad to lose control.

Let your businessÂ get out of control.

If everything’s under control, you are just not moving fast enough.

The most successful businesses are good at NOT controlling. Instead of making sure everything goes as planed and nothing bad happens, they focus resources on setting off the fire that grows exponentially. Yes, fires are dangerous. Fires can get out of control fairly quick. But that’s the beauty of it.

Let it finish the job. Then you just call 911. Investors will be happy to clear it up for you.

If there’s one advice for creating something big, it’s this one:

Misdress is one of our wedding fashion brands. We have seen an increase of general conversion rate from 0.9% to 1.3% after we have implemented these for the site:

The key is to make you as a business a real one and make visitors believe it. Show your visitors you are serious about your offer and you are committed to delivering it.

Some more tests we will do in the next conversion rate optimization & measurement include adding customer testimonials / reviews on the homepage, and adding team photos (with faces) to our about page.

Hope this could be something useful to you guys who are still listening to me.

Found this site when searching for answer to some git issues. It turns out to be a very nice way to teach stuff, simple and efficient:

A guide like this should be as easy to write as it is easy to learn from.

The key here is to associate problem / question / issue with a straightforward solution / answer in a very simple manner. Talk isÂ expensive. We should talk as less as possible.

Deprive of any words that your tutorial or guide can live without but leave only those that are vital to the actual solution / answer.

A full tutorial or guide should be comprised of a list or a network of standalone articles that are simple yet powerful in addressing 1 â€“ 3 problems each. They are more like a deck of cards wired together linearly or hierarchically that the readers can search or navigate back and forth.

Each articleÂ / card should be no more than 2 minutes of reading. This helps establishÂ learning milestones for the readers thus keep them motivated to continue becauseÂ each learning session is easy to finish and apply. 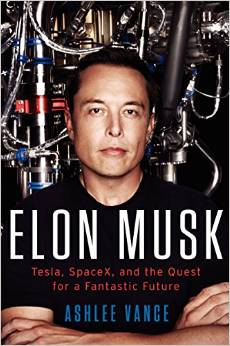 Someone asked a question:

I have been trying to reduce how long I sleep so that I have more waking hours available. I have read this question, and this one but it does not really give an answer.

My question is whether I can train my body to sleep less. I currently have about 6.5 to 7 hours sleep per night. If I reduce that to 6 hours every night for the next two months, and then down to 5.5 hours then onward, will my body get adjusted to the new sleep pattern?

When I was 22 and just graduated from college I had the same idea as you do now. As a workaholic who’s passionate about his work (software development) and very determined about his goal, I would keep working until late night and get up very early. The average sleep I got was about 5 hours per day, EVERYDAY, for 5 years, even on weekends. There’s always so much that I could do to make my projects better thus making more money.

For the first few years it was all good and rewarding because I was young and I had the power and energy to keep it going, even on very stressful times. But eventually I started noticing changes with regards to my body:

So for a short answer, yes you can train your body to sleep less, but do make sure it’s not very long as to years so you can easily recover. It may not be obvious but sleeping less than you body needs DOES undermine your health. However the amount of sleep everybody needs may vary because we are designed differently in genes.

For a long answer, no, sleeping less wouldn’t let you get more things done in the long term. Everything has a price. It’s actually against productivity rather than for it. When I look back how I went through these years in retrospect, I could have not pushed myself that hard but still accomplish the same results. Productivity is about getting the most out of time rather than getting the most time. Lots of people have got plenty of time in their life, even more than they need, still they blow it. In fact, when I was in college, some of the top performing students actually sleep more than the average.

So sleep as much as you want. Time enjoyed is NOT wasted. Sleep is beautiful. Don’t waste it for some stupid things that you need done!

The Road goes ever on and on
Out from the door where it began.
Now far ahead the Road has gone,
Let others follow it who can!
Let them a journey new begin,
But I at last with weary feet
Will turn towards the lighted inn,
My evening-rest and sleep to meet.

–The Return of the King, Book VI, Chapter 6

Just gave a read to this article: http://www.sitepoint.com/rise-web-bots-fall-human-traffic/

The Internet is developing just like how the other industries are. Traditional industries try to make products out of the raw materials provided by nature, while Internet is trying to reach targeted information / answers by organizing raw data everywhere. That’s exactly what Google and their bots are doing. People prefer data / information that’s more consumable (quick and easily understood) than raw ones. In this sense, companies who organize and present data / information better than the others would have the consumers’ favor; on the other hand, companies that provide only raw data will be hit more by bots (middle men in the supply chain) and less and less by humans (end consumers).

The more usable, the higher in the supply chain, the more end consumers they get.

This is probably a good starting point for business endeavors. While we can’t beat Google but there are many specific niches that we can probably do better than them. On the Internet, money is about organizing and refining data / information.

Go ahead and organize data so you get something new and easier to understand, and you will make money.

For instance, for columns ‘name’, ‘gender’, ‘age’, ‘bio’ in ‘person’ table with as many as 100 or even more columns, to maximize performance, they are best to be defined as:

The idea is to define columns as small as possible and in fixed length where reasonably possible. Dynamic columns should be to the end of the table structure so fixed length columns ALL come before them. MySQL would then have a better time predicting the position of a column to perform select or update, otherwise it would have to read through the entire row byte by byte to find it.

It goes without saying this would introduce tremendous disk storage wasted with large amount of rows, but as you want performance I guess that would be the cost.

Another tip is as you go along you would find columns that are much more frequently used (selected or updated) than the others, you should separate them into another table to form a one to one relationship to the other table that contains infrequent used columns and perform queries with less columns involved.

Now that Google Apps closed sign-up for free plans, lots of people are looking for alternatives to Gmail for their own domains. Actually they don’t need to.

You can simply add other domains to your existing Google Apps account as separate domains to set up emails such as [email protected]. The separate domain emails perform exactly like those of the primary domain, with all the good stuff of Gmail, except you canâ€™t do these things with a separate domain.

To add a separate domain to your existing Google Apps account, just login in the admin console and click â€œDomainsâ€ (click â€œMore controlsâ€ if not visible) => click â€œAdd a domain or a domain aliasâ€ => select â€œAdd another domainâ€ => enter the domain name => â€œContinue and verify domain ownershipâ€.

After the routines of verifying ownership and setting up MX records, you can go ahead and add users / emails to the separate domain.

In most cases, you donâ€™t need to find a Google Apps alternative this way, unless you hit the maximum number of users per account.

We use the payment_status value in PayPal IPN to determine the outcome of a transaction. There are 6 possible values according to the transaction logs of one of my websites, out of a total of 1132 occurences:

For those who are new to PayPal IPN: